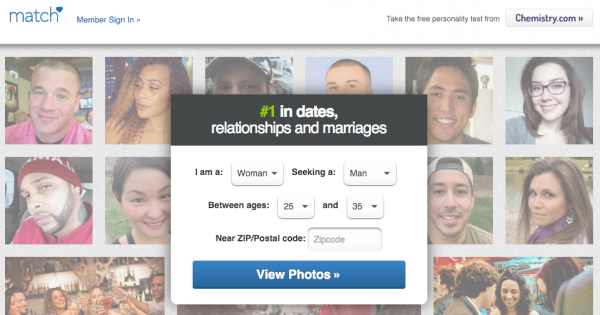 Single people have an ever-expanding array of choices for romantic partners. Arranged marriages are no longer prevalent, and norms and laws have expanded the range of acceptable partners. Loving v. Virginia, for example, invalidated U.S. prohibitions on interracial marriages in 1967, and this year’s Obergefell v. Hodges decision held that states can no longer ban same-sex marriages. The Internet has further expanded the pool of potential partners (as explored by comedian Aziz Ansari and sociologist Eric Klinenberg in their new book Modern Romance).

With more tools and fewer legal restrictions, there’s just one big holdup: our own biases still constrain our perceptions of available mates. For example, Gert Stulp and colleagues showed in 2013 that more men are taller than their female mates in more couples than would be expected by chance alone. And a recent Marriage and Family Review article confirms that around the world, on average men in heterosexual married partnerships are a few years older than their female partners. Preferences and biases shape our notion of how big our dating pool might be.

As it happens, interracial marriage is still relatively rare, but it’s more common in lesbian and gay relationships than among straight couples. What we haven’t known is whether this is due to more limited dating markets or more open racial preferences. Jennifer Lundquist and Ken-Hou Lin took on the question, examining the dating behavior of White people who identified as straight, lesbian, or gay on a major dating website. Their findings, published in Social Forces, show that White daters correspond most frequently with other White people. However, straight White men and White lesbians are more likely than other Whites to contact or respond to non-White potential dates. Among Whites, straight women were the least likely to contact or respond to prospective partners who were non-White. Overall, minority men, straight or gay, were the least desired partners among these White daters. The researchers conclude that higher rates of interracial cohabitation for gay men reflect constrained dating markets, whereas the prevalence of interracial lesbian coupledom demonstrates more open racial preferences.

In other words, laws, norms, and technology can expand the sea of potential partners, but social biases still shape how many “fish” we think are out there.

Those preferences are the business only of those seeking a mate. What people find sexually or otherwise attractive is up to them. You can and should not shame them for it.

If you are however tempted to do so ask yourself this: How would you like it to be publicly scrutinized or shamed for not finding certain traits in men desirable. For example how do you like short men? Those by the way are the least favorable group in online dating. Nobody knows though because they don’t sign up in the first place. Because they know.

Also people tend to mate in their own ethnic group. Which is a completely normal and healthy thing to do. Like it or not but preferences in mating evolved over the course of some million years. They all have a biological root. Only “scientists” form the social “sciences” who tend to deny evolution seem to have a problem with it.