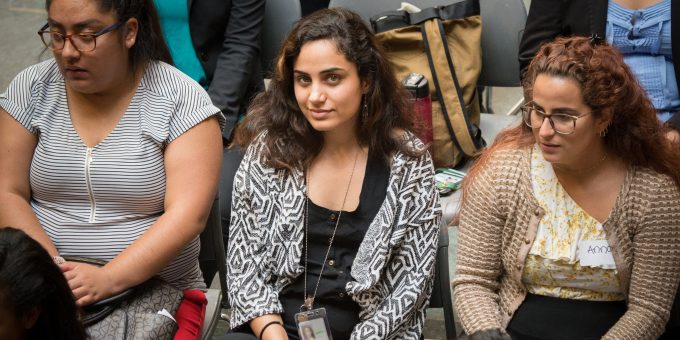 HSI students serve as summer interns with the USDA. US Department of Agriculture

The Whiter the University

Hispanic Serving Institutions (HSI)—those not-for-profit colleges and universities with undergraduate student enrollment that is at least 25% Hispanic/Latinx—are eligible to apply for federal Title V grants. But as the number of HSIs increased from 104 in 1992 to 492 and counting today, the number of available Title V grants has failed to keep pace. In Socius, Nicholas Vargas considers which HSIs are most likely to be awarded these increasingly competitive grants.

Using 2011-2015 data from the National Center for Education Statistics, Vargas analyzed 377 HSIs to see which received Title V grants and noted that only the racial makeup of their student bodies and the number of years each had been designated an HSI seemed tied to the likelihood of receiving a grant. An institution that was designated an HSI in 1992 has 115% higher odds of receiving a Title V grant than an institution designated an HSI in 2015. Yet, paradoxically, the larger its non-Hispanic White population, the more likely an HSI is to get Title V funding. An HSI with a 60% White student body has 100% higher odds of receiving funding than one with only a 10% White student body. HSIs with a larger Black student body are disadvantaged in the competition for Title V funding, too.

Latinx leaders have advocated for HSI classification and Title V grants with the goal of alleviating inequalities over time through targeted financial support of institutions that serve Latinx students. Instead, HSIs whose student bodies are proximal to Whiteness and distant to Blackness are rewarded, leading even the Title V program to mirror unequal patterns of resource distribution colored by systemic racism.