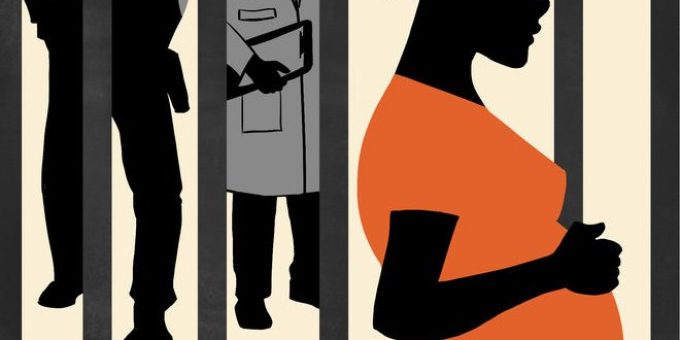 Where Punishment and Pregnancy Meet

Megan Comfort: Hi Carolyn! I’m really excited to talk with you about your new book, Jailcare: Finding the Safety Net for Women Behind Bars. This is no ordinary ethnography—not only are you a medical anthropologist, you also are a physician and you worked for six years as an OB-GYN in a women’s jail. How did this research evolve from your clinical practice?

Carolyn Sufrin: I started working at the jail as a physician long before I even conceived of the ethnographic project. In fact, it was working as a caregiver inside a jail that led me back to anthropology—I had done master’s level studies in anthropology before my clinical residency in Ob/Gyn, six years before I started working at the jail. So I found myself providing care in a space of punishment. After only a few months, I was overwhelmed with the complexity and nuance of what I was observing and experiencing, both from the patients—many of whom only obtained medical care while in jail—and from jail workers—some of whom fulfilled my stereotypes of power-hungry, abusive guards, and many of whom also showed kindness to incarcerated women.

MC: As you delved into those anthropological questions in a jail medical setting, who were some of the models you looked to for inspiration? 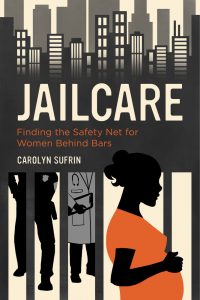 Jailcare: Finding the Safety Net for Women Behind Bars

CS: I’m not the first ethnographer to combine research and practicing roles. There are others who have done similar things—Michael Oldani was a pharma rep before he started doing research on pharmaceutical marketing. Loïc Wacquant became a boxer to study the identity formation and inner workings of a boxing community in Chicago. And there is a long tradition of physician anthropologists, such as Arthur Kleinman, Paul Farmer, and (in my own field of Ob/Gyn) Claire Wendland—although most writings from these medical anthropologists are from sites where they were not simultaneously practicing medicine.

MC: Tell me about how you blended your two roles to conduct a study that balanced providing health care for incarcerated women with analyzing the conditions under which that care was delivered.

CS: Being a physician and an anthropologist in the same field site was certainly a challenging positionality to navigate, fraught with methodological and ethical issues. Ultimately, I don’t think those challenges are things I ever resolved or put to rest, and I hope not to because it is important to continue to be critical and self-reflexive. But I did come to a place where I could embrace the duality.

When I designed the study, I thought about doing my research at a different jail, so that I didn’t confuse my roles as doctor and anthropologist. But then I realized that I was so well positioned at the San Francisco jail to do research, had access there I never would have anywhere else, because I had gained the trust of people working there over the years. I thought about quitting my doctor role at the jail while doing research—but I didn’t want to do that because I loved being a doctor there and I had set up a clinic that I didn’t want to see disappear. So I tried to compartmentalize my roles, leaving my doctor days to Mondays, and my anthropologist days to Tuesday to Sunday. But that didn’t work either, because whenever I was at the jail, people still called me doctor. And on Mondays, I was still learning so much about the strange mix of care and punishment in a jail.

MC: As a sociologist, that makes perfect sense to me! We humans can try to manage our role performances and cue others about how to respond to us, but dividing ourselves in two within the same setting would require everyone to adhere to pretty strict and artificial rules of play.

CS: Right. So I decided to embrace the messiness of these two roles. I was very clear with the staff and the patients in letting everyone know that I was doing research. For the time when I was someone’s doctor, I never asked them to be a research subject. But after our doctor-patient relationship was over—either if they got released from jail or if they had their baby—I asked if they wanted to participate in the research. Any information about their pregnancies or their health that I describe in the ethnography was based on things that they told me in their narratives and that they gave me permission to share. So I was intentional about respecting their health-related privacy.

MC: How did the people in the jail respond when you informed them about your research?

CS: In general, people were very receptive to my doing this research, I think in part because the issues I was bringing up about care inside a jail were things that both the incarcerated women and the staff thought about, too. My research questions gave them a chance to talk about things they were already reflecting on. It’s important to flag here though that doing research in a jail setting and with incarcerated people has an ethical and regulatory overlay because of the potential for coercion of research subjects. But overall what I found was that the jail staff and the incarcerated women themselves had a much easier time absorbing my dual roles than I did. Some people would share stories with me in the clinic and say, “Doc, this one’s for your study!” And sometimes I would be spending time with a woman in jail doing research activities, and the jail nurses would ask me a “doctor question.”

Ultimately, I realized that just like the overarching argument of the book is about the complexity and contradictions of care and violence in jail, so too were my dual roles of anthropologist and doctor. I see now how intimately each perspective informs the other—clinical encounters informed my research questions, and anthropological insights have made me a better doctor.

MC: That is all so fascinating, and it really contributes to the richness of your work. Ethnography, as a research method, is particularly well-suited to not imposing a false order on environments and social relations that are complex, multi-faceted, and “messy.” What became salient for you as you turned this lens to jail health care?

CS: Entering the analytic through health care led me to see care in a myriad of ways throughout the jail. It was not intentional, and I certainly was not on a trail looking to find “care,” in all its complexities, in the punitive spaces of the jail. But my experiences and the relationships I had with patients in the jail—which were oriented toward fulfilling a physical or psychic need, toward providing them with recognition—implicitly informed the things I was attuned to in observing how the deputies and the incarcerated women interacted in the pods (the housing units of the jail).

MC: How did you observe the health clinic—with its functions of “care”—being situated within an environment designed to punish?

CS: I was open to seeing how the clinic inside the jail was at once a nested oasis from the discipline and punishment of the rest of the jail and also exactly squarely within its judging, confining logic. That is, I saw how health care staff worked to provide good health care, but could not fully ignore certain things—like the fact that their patients had been arrested for allegedly committing a crime or didn’t access health care outside of jail—and this made some health care staff more explicit in talking about whether their patients “deserved” certain treatments.

Likewise, seeing this crucible of caregiving and the judgments of being inside a space of punishment in the clinic enabled me to see similar melding and messiness in the pods. Deputies carried out their custodial duties with a mix of indifference, derision, and caring concern—like the deputy who coerced new arrestees into showering when they first got in from the streets by giving them nice smelling Victoria’s Secret lotions while shuttling them with harsh, infantilizing words into the bathroom. It made me think of an insight offered by Angela Garcia in her ethnography The Pastoral Clinic about heroin addicts in rural New Mexico; through participant observation at a drug treatment center where there was much suffering through detox, Garcia suggests that “perhaps the clinic is all around us,” and that we might find an ethos of care in places and in ways we might not expect. So the messiness and my position as a caregiver enabled me to see care in the jail not as a counter to the violence of incarceration, but really as tied up in it all.

MC: We’ve been talking a lot about messiness and complexity, which are central to building a nuanced understanding of human lives. But your work is also policy-relevant, and that often requires a straightforward, concise recommendation. What key messages are you hoping that Jailcare communicates to policy influencers and makers?

CS: Most women in jail are not there because they are dangerous criminals or threats to public safety; most of them are there because poverty, racial discrimination, unemployment, lack of mental health and drug treatment, exposure to sexual and physical violence, housing instability, and other manifestations of structural violence have enmeshed them in a criminal justice system that is overly punitive and ill-equipped to provide them with what they really need. Jail has become integral to our society’s social and medical safety net. This is a consequence of many factors, among them our society’s over-reliance on incarceration as a means to solve social and economic problems, and the accompanying fractured nature of the public safety net.

There is no magic solution to these problems, but I hope that policy influencers and makers recognize that investing in alternatives to incarceration, investing in quality safety net services, especially for pregnant women is one piece, along with broader policies like sentencing and bail reform. I also hope that people will recognize the need to standardize and improve health care for incarcerated people, even as we work toward reforming the entire system.

Megan Comfort is a senior research sociologist in the behavioral health and criminal justice research division at RTI International. She is the author of Doing Time Together: Love and Family in the Shadow of the Prison.

Carolyn Sufrin is a medical anthropologist and practicing OB-GYN at Johns Hopkins University School of Medicine. She is the author of Jailcare: Finding the Safety Net for Women Behind Bars.

Megan Comfort is a senior research sociologist in the behavioral health and criminal justice research division at RTI International. She is the author of Doing Time Together: Love and Family in the Shadow of the Prison.

Carolyn Sufrin is a medical anthropologist and practicing OB-GYN at Johns Hopkins University School of Medicine. She is the author of Jailcare: Finding the Safety Net for Women Behind Bars.